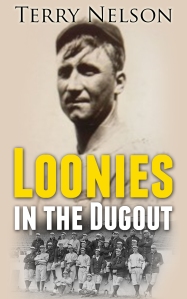 I previously posted a blog about my ad campaign for “Loonies in the Dugout,” selling for .99 by the way. The campaign was approved, then soon after it began Amazon stopped it because of low relevance. To be honest how does one get ‘low relevance’ on the third day. I assumed the problem was that there were no categories in the marketing campaign listings for my e-book that is ‘sports fiction/satire’ so I  used literary fiction, the closest I could get. In my second attempt, after learning the campaign was stopped, I added sports/outdoors. The campaign was approved for the second time.

I had bid .70 cost per click, and I was getting .60. That seems good, but maybe I’m wrong. In the information I received from Amazon, it was estimated that my campaign, May 13 through June 8 would generate only five sales. They stopped the campaign on the third day and I had sold seven books, two more than projected, and I still had 22 days to go. Yet the email said customers were not engaging with the ad. Huh? Seven sales in less than three days, more than they said I would get.

They also suggested I increase my bid as it could be getting beat by other ads that were bidding higher for better placement. Sorry, I’m not taking the bait. I like my book, I want people to read it. That was why I lowered the price and created the ad campaign. But I will not increase my bid when it started so well.

In my original email to Amazon I said they should consider adding ‘sports fiction’ and ‘satire’ in their marketing campaign listings for targeting. They answered that they appreciate the feedback and would consider it at a future date. In their second email to me after telling them I had sold 7 books in first three days, out doing their projections, I received the following, “I’ll take your concern as feature request and communicate the same to our business team for consideration as we plan future improvements. I’m unable to promise a timeframe at this time, however, we are still evolving and feedback like yours motivate us to dive deep and unearth ways and means which helps us in making publishing on KDP a happy experience.  Please be sure to check our forums periodically for updates.”

Nothing against the forums, I have used them, but it takes a lot of ambling around to find the specifics you seek and the answers are not always helpful, nor are they necessarily correct. Why doesn’t Amazon just post something on the appropriate marketing page, saying ‘new and improved.’

I do like Amazon. I have made many purchases with them and I am sure they have enjoyed my money. I will take them at their word, that they are evolving and are seeking ways to improve (making more money), that they will ‘dive deep and unearth ways to improve,’ but I will also continue to check in to see if and when they change their methodology. They clearly need a better understanding of low relevance. Consider that they say they compare ‘like’ ads for effectiveness, but also say they don’t have specific numbers. If you compare things you learn something, yet they imply otherwise.

I will try again with other titles this summer, hoping my relevance improves.