If you want to write a murder mystery, or something more mysterious click/tap here for a list of unsolved murders and deaths dating from before 1800 to present day. If one intrigues you then take a hand at solving the murder on your own. I did this with “Loonies in Hollywood” in which I took the true life, unsolved murder, of silent film director William Desmond Taylor, and using the crime scene evidence, the most mentioned suspects, I chose the one mostly likely-to my thinking- and ‘solved’ the murder.

Edgar Allan Poe also used the unsolved murder of Mary Rogers, a popular young woman, perhaps the first to became famous for doing nothing other than being so beautiful, that she attracted dozens of men each day to the cigar store in which she worked, attracting so many that newspapers began writing about her. For doing nothing. Poe took the story and using all the evidence wrote “The Mystery of Marie Roget.”

Those are but two examples and if you do a little research you will find many murder mysteries written by authors who based their story on an actual murder. They, like you, can do the research, examine the crime scene, take a look at the suspects, come to your own conclusion, and  then write the mystery. The benefit is that the story ingredients are all there for you, ripe for the picking that you can pluck straight off the tree and cook up the solution. It makes coming up with an idea on your own a mute point. And if it is a famous case, you will tend to sell more books, because famous cases, no matter how old, have followers.

I offer this as an option. I wrote “Silent Murder” based on nothing but my imagination, and if yours is hyperactive then drain your brain of all it has to offer. But if you get stuck for an idea, by all means, use the resource by clicking/tapping here. 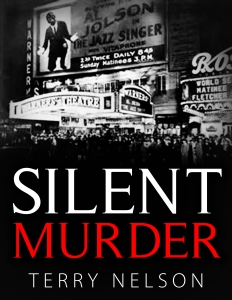