What we know of vampires in today’s culture through movies, television, and books, are not the vampires of ancient folklore. No, the vampires of old were far different, often bloated, monstrous looking creatures. They had no charm. There was nothing sensuous about them, nothing seductive, nothing like Count Dracula; in fact they were not sexy at all, far from it.

If you think Bram Stoker’s novel “Dracula” published in 1897 changed all that you would be correct-to a point. The book first published in England was not a best seller. It became one over time and movies helped, especially “Nosferatu” in 1922. In fact Stoker died nearly broke in 1912. His widow was forced to sell Stoker’s notes and outline for the book at an auction in 1913 and got around two pounds. And how much would they be worth today?

So it was movies and stage plays that got readers interested in “Dracula.” But literature, like folklore is built over time, and often on the shoulders of others. This is not plagiarism, however, it is literary evolution. A writer gets inspiration from another writer and advances the mythos. Whether Stoker read the short story “Vampyre” by John Polidori I don’t know, but Polidori’s story, published without his permission, nevertheless saw print in New Monthly Magazine, 1819, in England.

Polidori created his vampire, Lord Ruthven, from a character Lord Byron created in his unfinished vampire tale “Fragment of a Novel.” It could be that is why Polidori, and Byron,  did not want the story published. For Polidori, perhaps he was concerned he might have been plagiarizing-the story was first attributed to Byron- and for Byron, perhaps he had plans to finish his story.

The Polidori story came about during that famous summer when, according to Mary Shelley, she, Percy Shelley, Byron, Polidori, told ghost stories one weekend, out of which grew Mary Shelley’s “Frankenstein.” It was believed this is where Polidori got the idea for his story.

This is where literary murkiness creeps in. Stoker gets credit for the modern vampire, yet Polidori wrote a character who was a nobleman like Dracula, but that character was based on a character created by Byron. All three can make claim to creating the modern vampire. And, of course, there are others in the wings, who were creating the ‘new vampire’ about this time. But I will stick with these Byron, Polidori, and Stoker, for their fangs are sharper.

If you are interested in the stories that came out of that weekend, including “Frankenstein,” “Vampyre,” along with both Byron’s unfinished story and Percy Shelley’s unfinished ghost story and have an e-reader, you can click “A Dark and Stormy Night.” 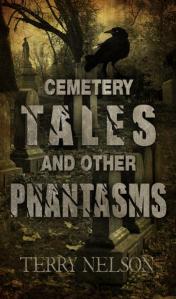 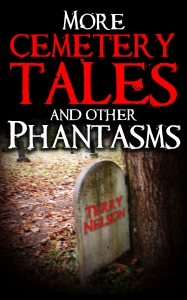